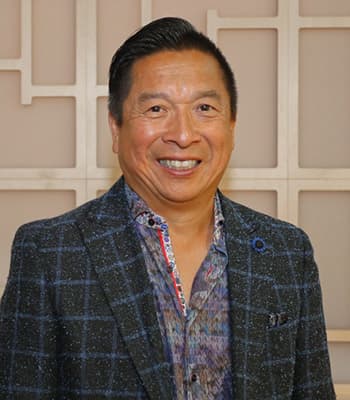 Alan was born in Victoria in 1961 and for the first three years of his life, lived in Victoria’s Chinatown. His parents immigrated to Victoria from China in 1957 and both his grandfathers immigrated to Victoria in the early 1920’s. Alan Lowe received his Bachelor of Environmental Studies from the University of Manitoba and his Master of Architecture from the University of Oregon. He has been practicing architecture in Victoria since 1988.Alan was elected as the first Mayor of Chinese descent in 1999 and served as Mayor of Victoria for 9 years. Alan is a Director with the Chinese Consolidated Benevolent Association, the Chair of the Zhongshan Hook Sin Tong Charity, and a Director of the Canadian Chinese Museum Society of BC.In 2003, Alan was presented with the Queen’s Golden Jubilee Medal for Community Service, in 2006 was named one of the Top 100 Most Influential Chinese Canadians, in 2018 was named an Honorary Citizen of Victoria, and in 2020 was appointed Honorary Lieutenant Colonel of the Canadian Scottish Regiment.